wake up in our room at the hostel. LOOK AT THIS LIGHT!

breakfast! we went to Hungry Tiger Too and ordered an insane amount of food. We got 3 meals for the 2 of us and we ate everything, and it was all really really good. On the menu was chicken and waffles, biscuits and gravy and a greek scramble with spinach, tomatoes, kalamatas with hashbrowns. 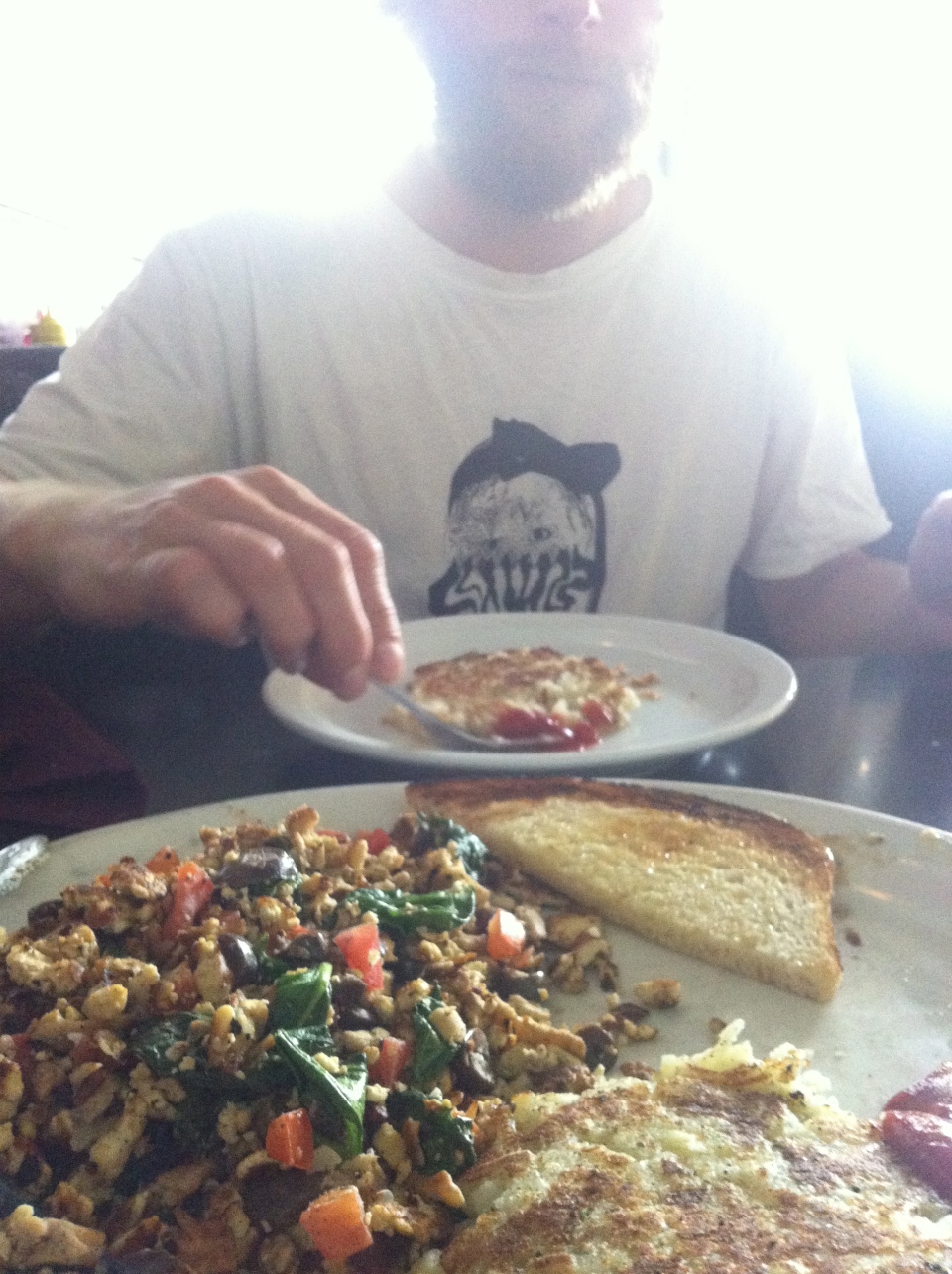 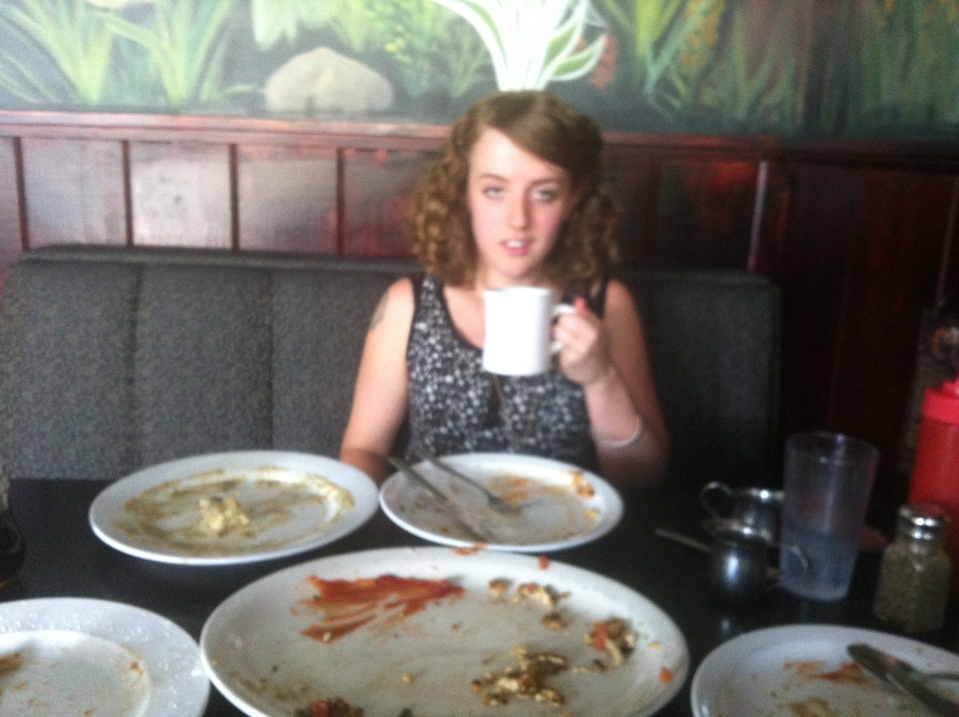 after a long coffee rest we went to Food Fight to get vegan treats to bring home.

the booty: soycurls, aardvard hot sauce, many jerkeys, vegg (i will post about this soon) and field roast slices. we picked up some Stumptown beans nextdoor at Sweetpea Vegan Bakery (and had more coffee and read the paper, that breakfast was exhausting).

then across the bridge to Powell’s where we spent many hours and too many dollars. on the way we went to voodoo for the mandatory doughnut. the line was short so we seized the opportunity. 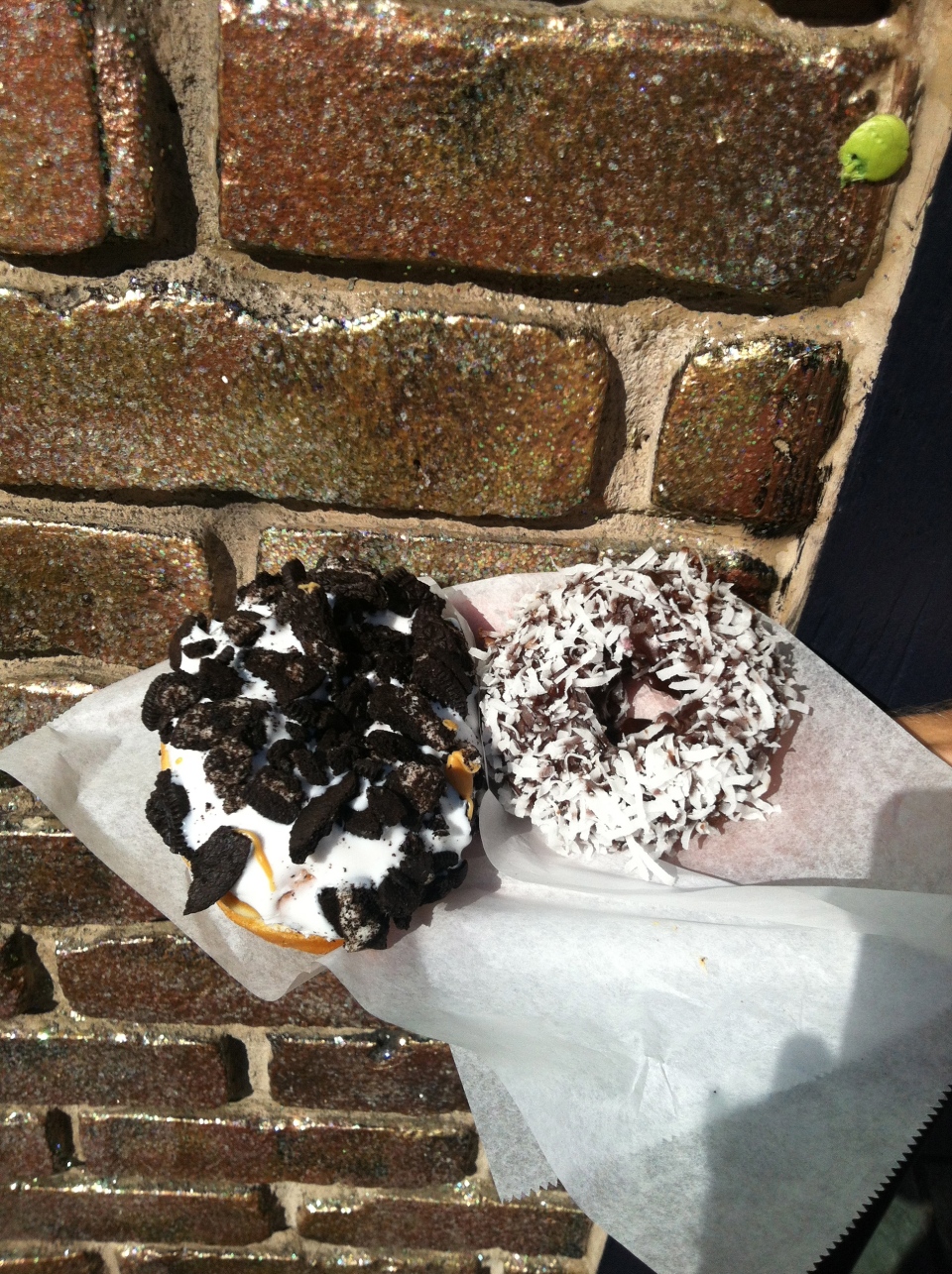 later in the night we went to Sizzle Pie for some vegan slices and caesar salad so that we could go to Henry’s tavern and have all the tasty brews. they have a gazillion beers on tap and a frosted bartop.

the next thing we did blew my mind. we went to see a movie (sleepwalk with me) and had GOOD BEER LEGALLY IN A THEATRE and ordered popcorn and they had nutritional yeast on the counter! AT THE THEATRE! 2 KINDS! WTF. AND THERE WERE 3 ADORABLE DOGS OUTSIDE.

they had a Ninkasi Believer Double Red Ale that was super delicious. so delicious we bought a bottle afterwards and brought it back to our place.