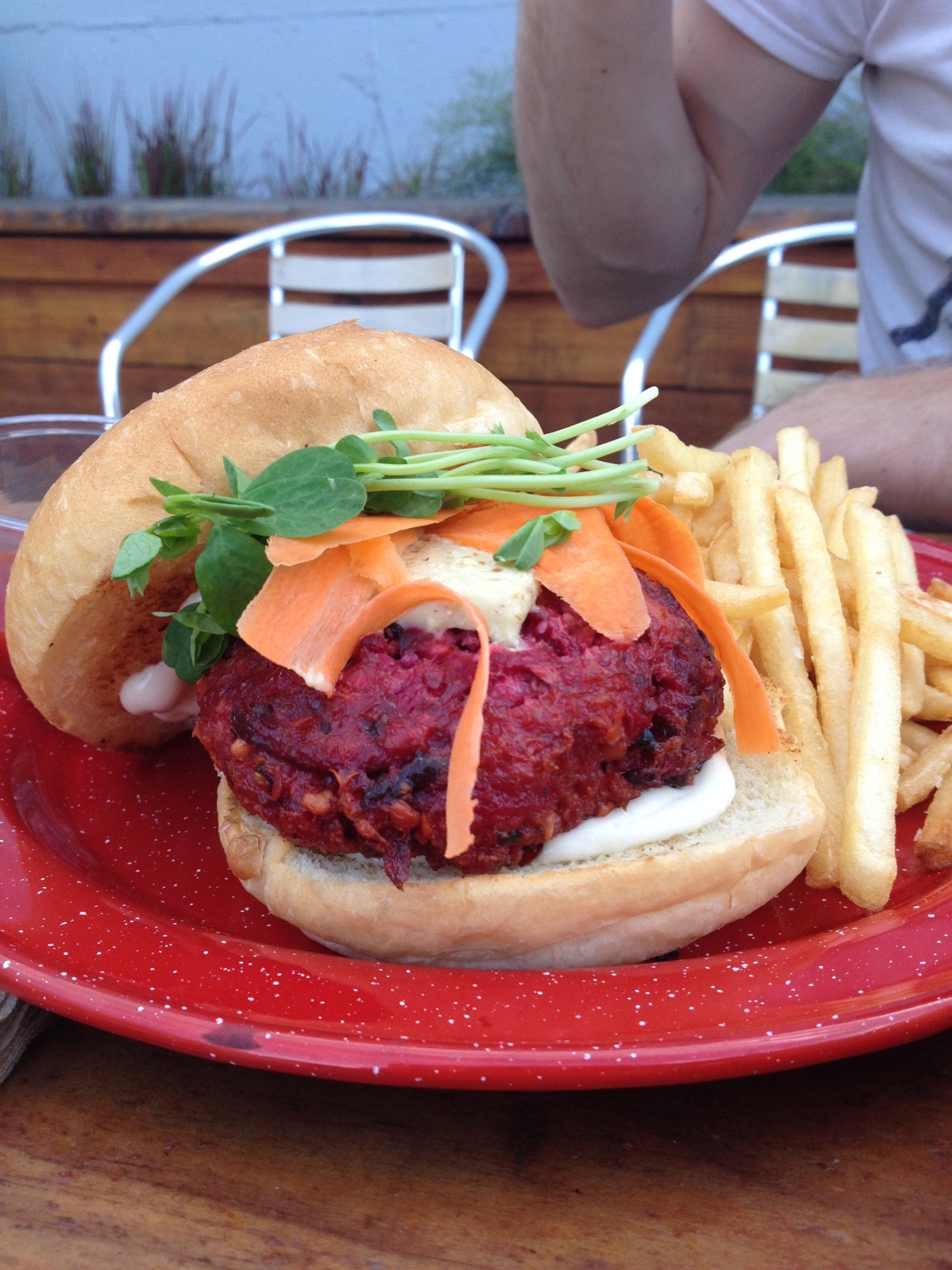 so guess what we did on day 2? ate a ton of food! also it happened to be the 4th of July and as canadians we had no idea it was such a THING.

first stop breakfast at paradox. this was the first place i ever ate in portland and is hands down one of my favourite brunch places to this day. 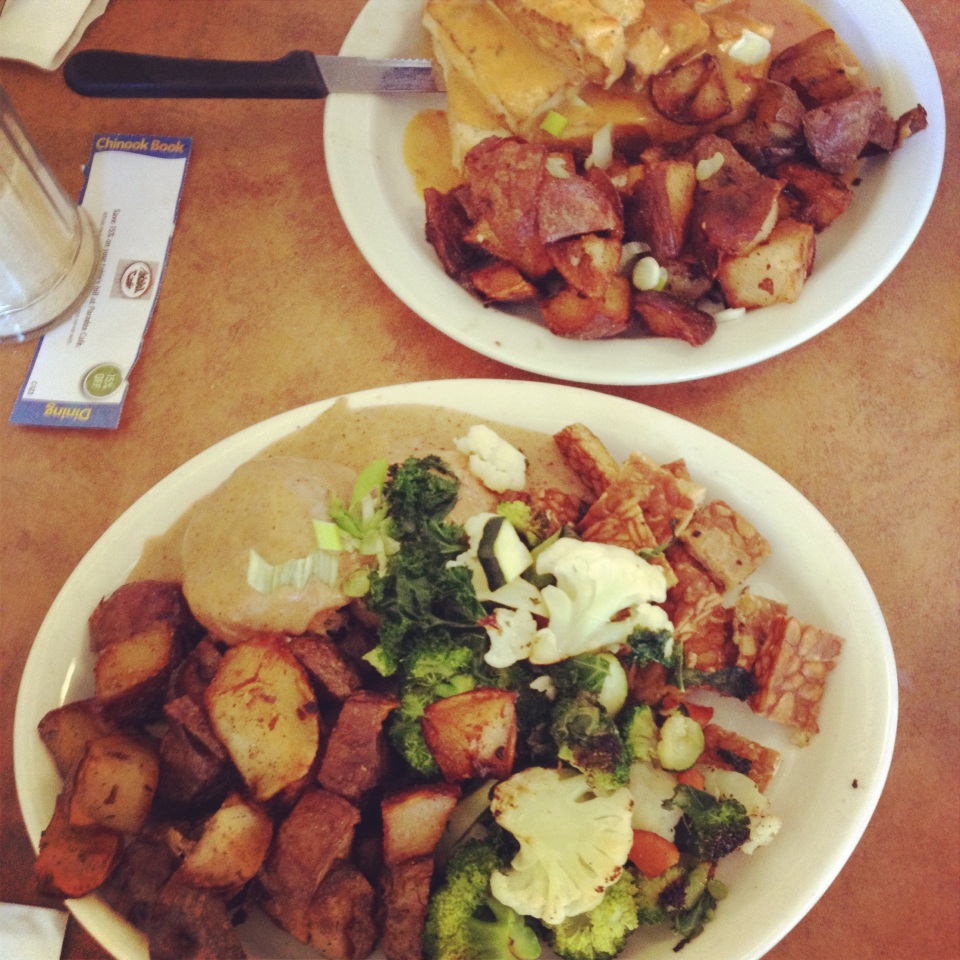 we shared their take on benedict (tofu on sourdough with veggie sausage and some magical vegan hollandaise), and a breakfast place with biscuits and almond gravy, tempeh, vegetables andd hashbrowns. i’ve said it once and i’ll say it again: portland knows how to do hashbrowns.

next we went on several failed excursions to a record store that was closed, followed by a trip to the bar beside the record store (because tradition) to watch a soccer game but we read the Eastern time no the Pacific. So we had a drink and kept biking until mark found several thousand records to buy elsewhere and all was well. by then we were feeling hungry and planning on going to Sweetpea for a coffee and a treat but they were also closed for 4th of july. luckily Food Fight was open so I bought a bunch of tasty america groceries to bring back home. we ended up at Hungry Tiger because it was nearby and open. We had eliminated it from our list since it changed it’s menu and vibe a year (or more) ago but our bellies needed something and it was there. you win some you lose some.

next we needed to drop off our groceries at the airbnb (cashew cheese! breakfast sausage) and have a chill. we’d be invited to a 4th of july party at someone’s house so we went to get dinner and then go to the party time.

We went to the White Owl Social Club which was a big insane place with an outdoor patio so big that it had it’s own food truck. despite the weird beach party atmosphere the food was REALLY GOOD and the drinks were REALLY GOOD. Here I am trying to be red white and blue to fit in. rust, navy and white? it’s all i could do.

we split a BBQ jackfruit sandwich with coleslaw and it was delicious.

we also split a beet wakame and hazelnut burger! very delicious. this place isn’t vegan or even vegetarian but there are a lot of options and they’re well executed. 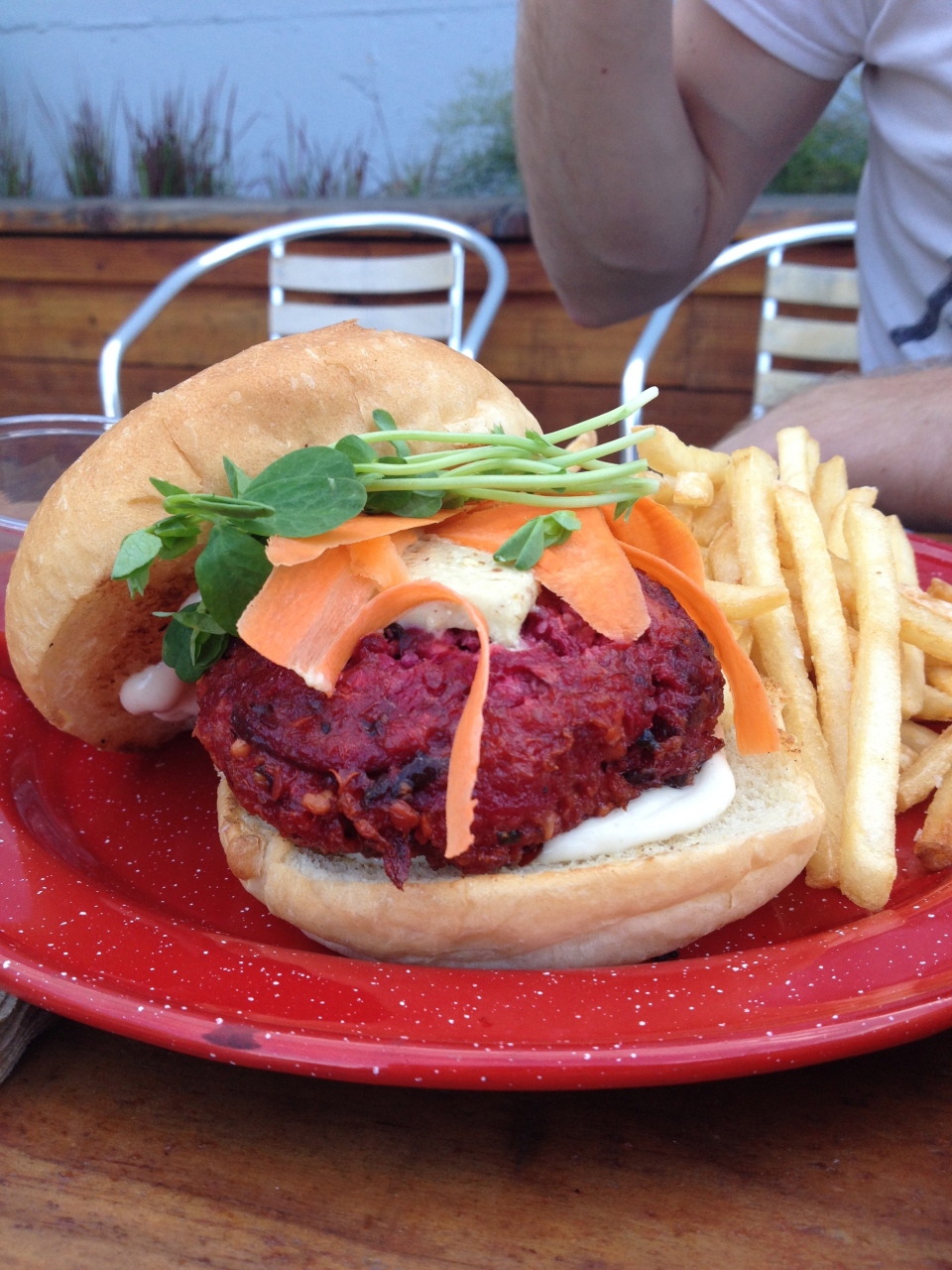 it started to get dark as we rode to the party and i couldn’t believe how many fireworks there were. for those of you americans this might seem like a dumb observation but let me tell you: canada day is not like this. we do almost nothing for canada day. maybe there are fireworks put on by your city or a parade but people don’t take it upon themselves to celebrate at this level. every house we passed had a gaggle of kids outside and were lighting off fireworks and hanging out.

when we got to our friend’s house we were welcomed with foot long sparklers and roman candles. 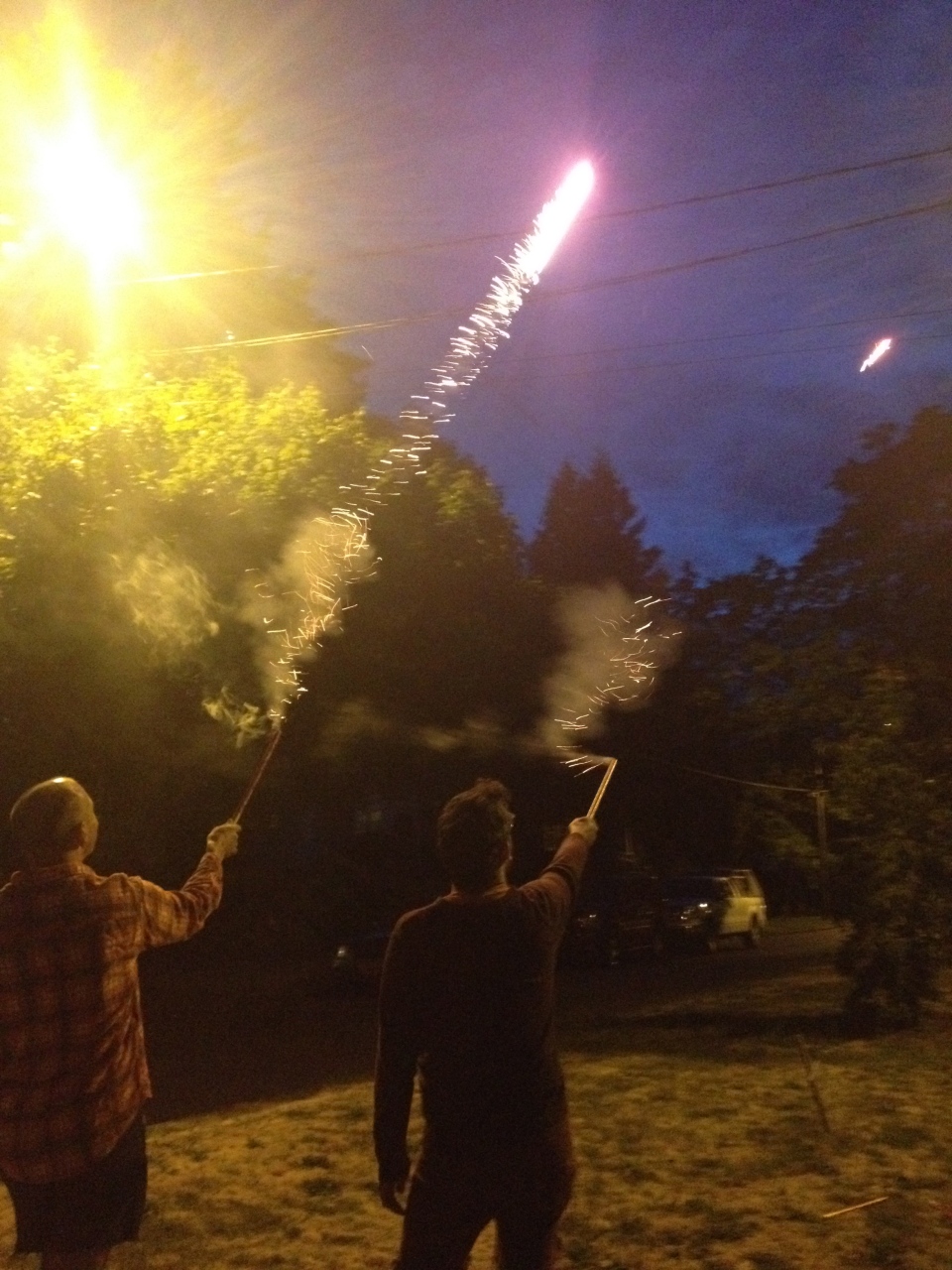 mark getting in on the roman candles 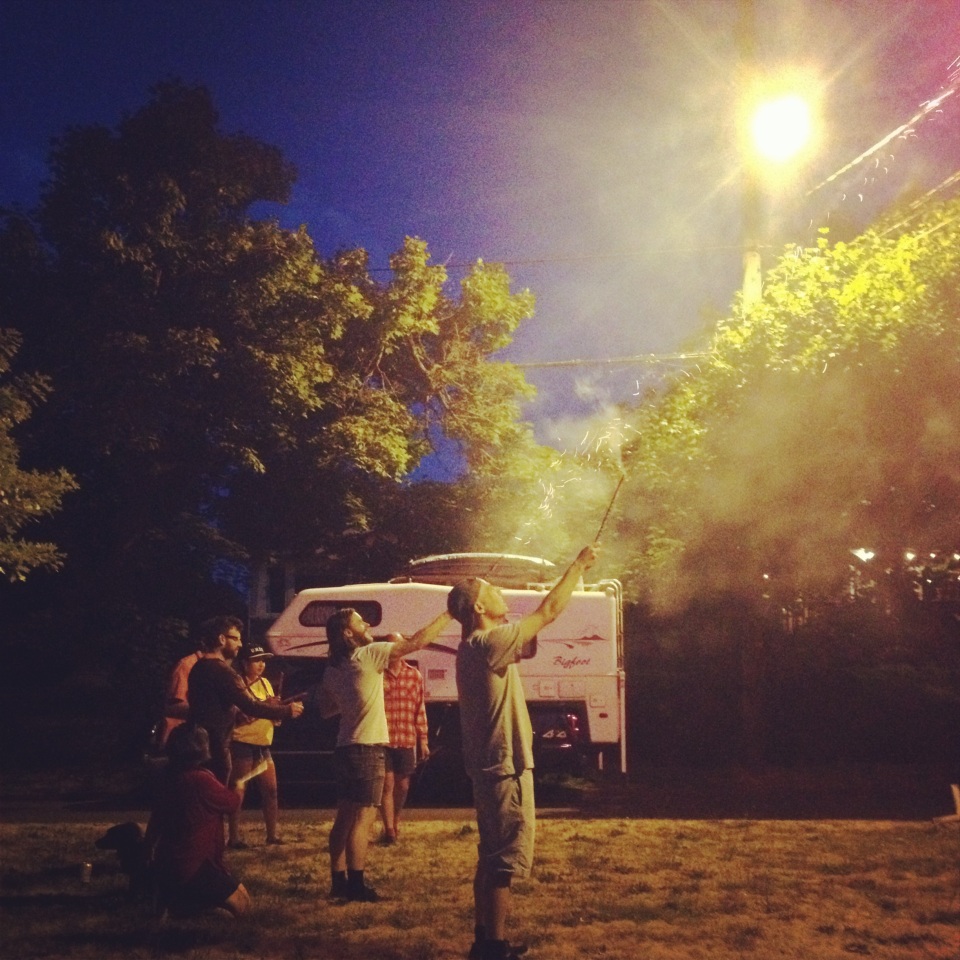 we had lot of fun and rode back weaving through fireworks and smoldering bits leftover. we then made the wrong choice to go have one more beer (or a taster tray) at a mcmenamins pub near the place we were staying and mark died.