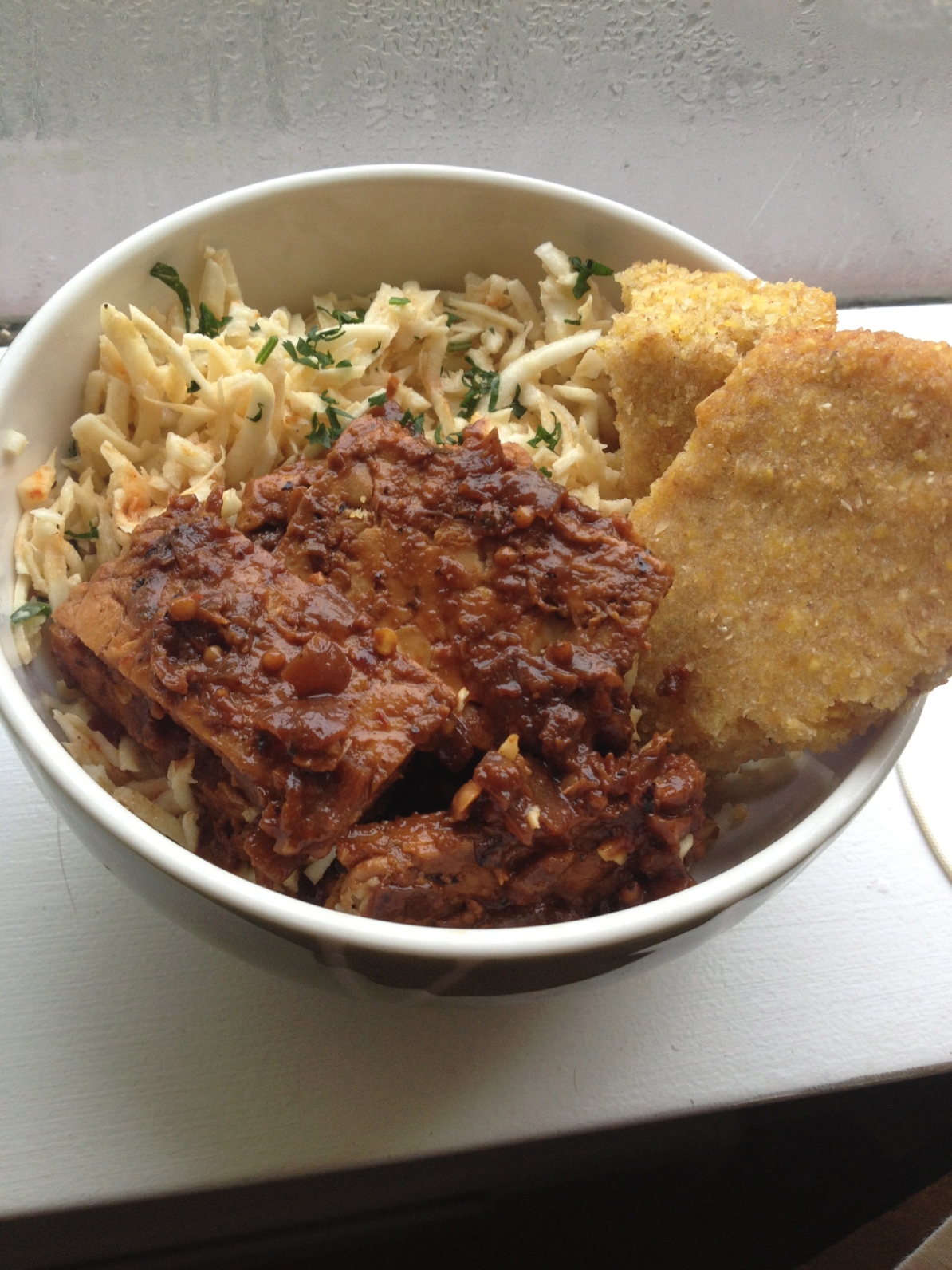 here is a new barbecue sauce! it is delicious and NOT FOR THE FAINT OF TANG. boy is it tangy. TANGY!

there are fewer more satisfying combinations than saucy spicy BBQness with creamy slaw and cornbread. i had leftover celeriac from the lasagne so i used it up in this slaw and it is so good raw. 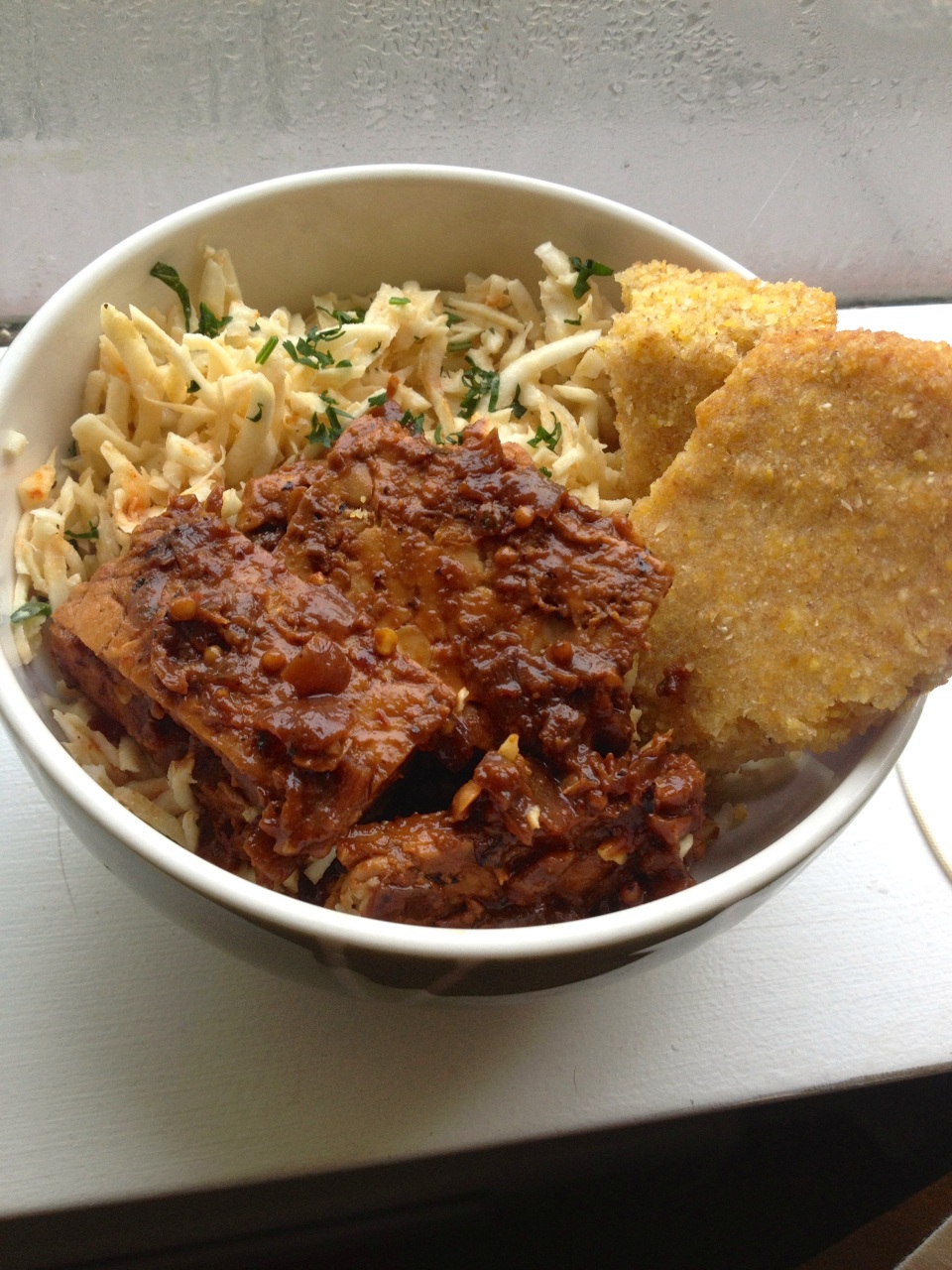 in a small saucepan, heat oil then add onions and salt and saute until golden and soft. add all other ingredients (except nutritional yeast) and whisk to incorporate. TURN ON YOUR FAN! boiling vinegar is the worst but it tastes so good. be prepared!

cook over medium heat and reduce by about half (you don’t want a big splattery boil, if it’s doing this turn it down a notch). stir in nutritional yeast and put aside until ready to use (if using later, you’ll need to reheat it a bit before serving).

Cut the tempeh in half into two big flat slices, then cut into 2 inch strips. fry in batches with a bit of oil until golden on both sides. remove from heat and stir gently with warm barbecue sauce. serve

i used the PPK cornbread recipe and baked it in a skillet. i use whole wheat flour, and thats about all i change. if you’re using a skillet, heat it in your oven beforehand.

i made this real loose, not a lot of measuring. i peeled and then grated about 1 celeriac using a food processor, mixed in some chopped italian parsley and green onions and dressed with a mixture of:

taste and adjust as you like. toss with celeriac! 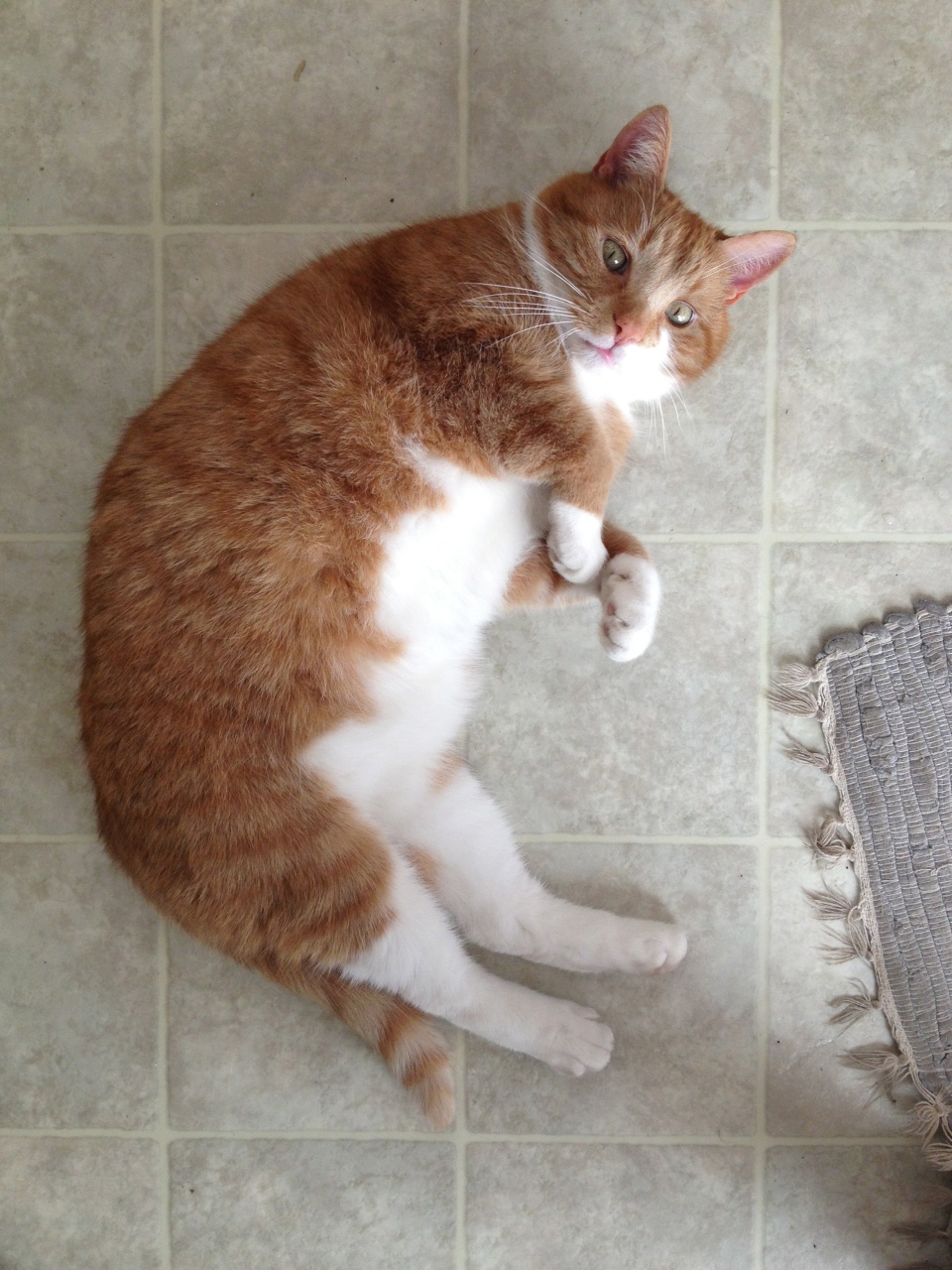