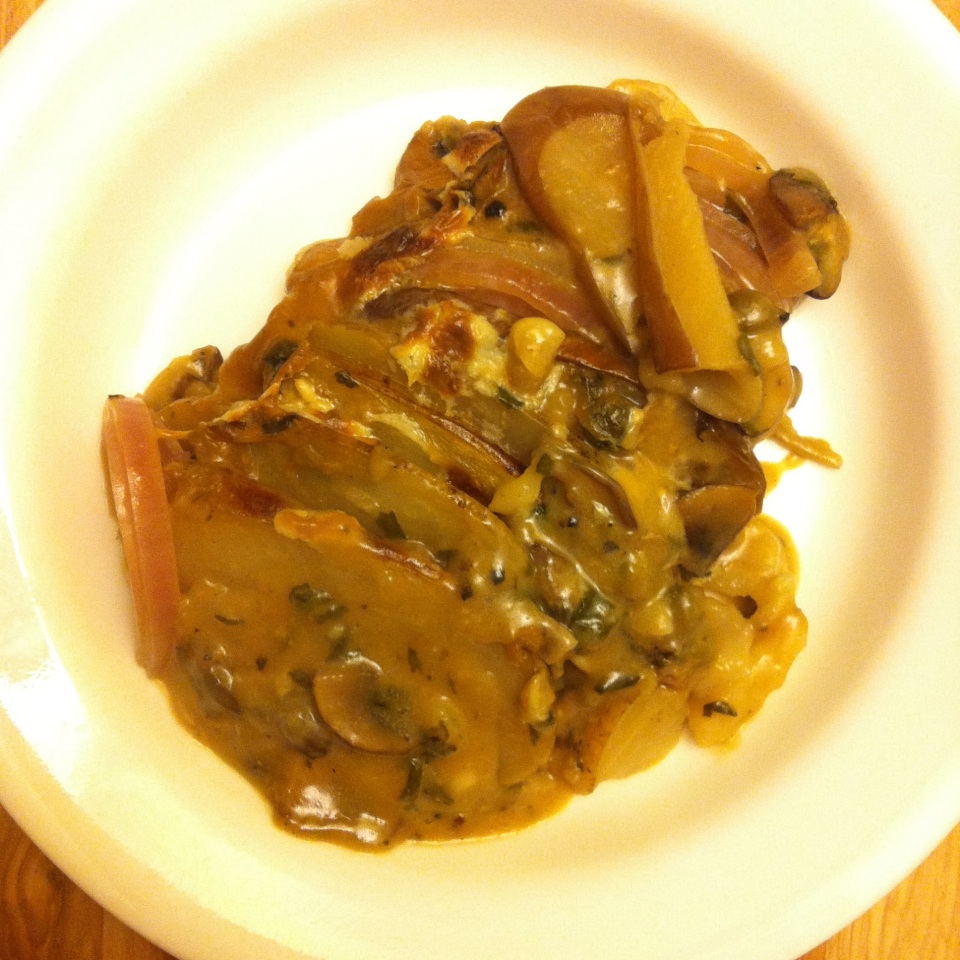 first off take your eggplant slices and lay them out on a clean dishcloth. salt them generously and let them sit for 15-20 minutes. then press them with another towel to blot out all the moisture. i like to use coarse salt because then i can just brush it off easily after. meanwhile slice potatoes thinly  and slice onion into thin half circles. arrange them upright in rows in a 7×11′ oven safe dish, alternating evenly. i know (now) that scalloped potatoes are typically staked in horizontal layers, but i did it vertically. i think i like it this way.

once they’re all stacked in tight make your sauce.

heat oil in a saucepan and saute mushrooms. put aside. heat butter in the same saucepan until melted then whisk in your flour (you’re just making a roux). slowly add the hot broth, whisking to make sure there are no clumps. then add everything else, and your mushrooms. whisk and heat through just until cheese is melted in the sauce. pour over the potatoes and eggplant evenly, it’s ok if the top bit of some of the potatoes are sticking out. cover dish with a lid or foil and bake at 375 for an hour or until potatoes are cooked (fork test them). remove foil and broil just until the edges sticking out are browned the the top of the sauce bubbles.