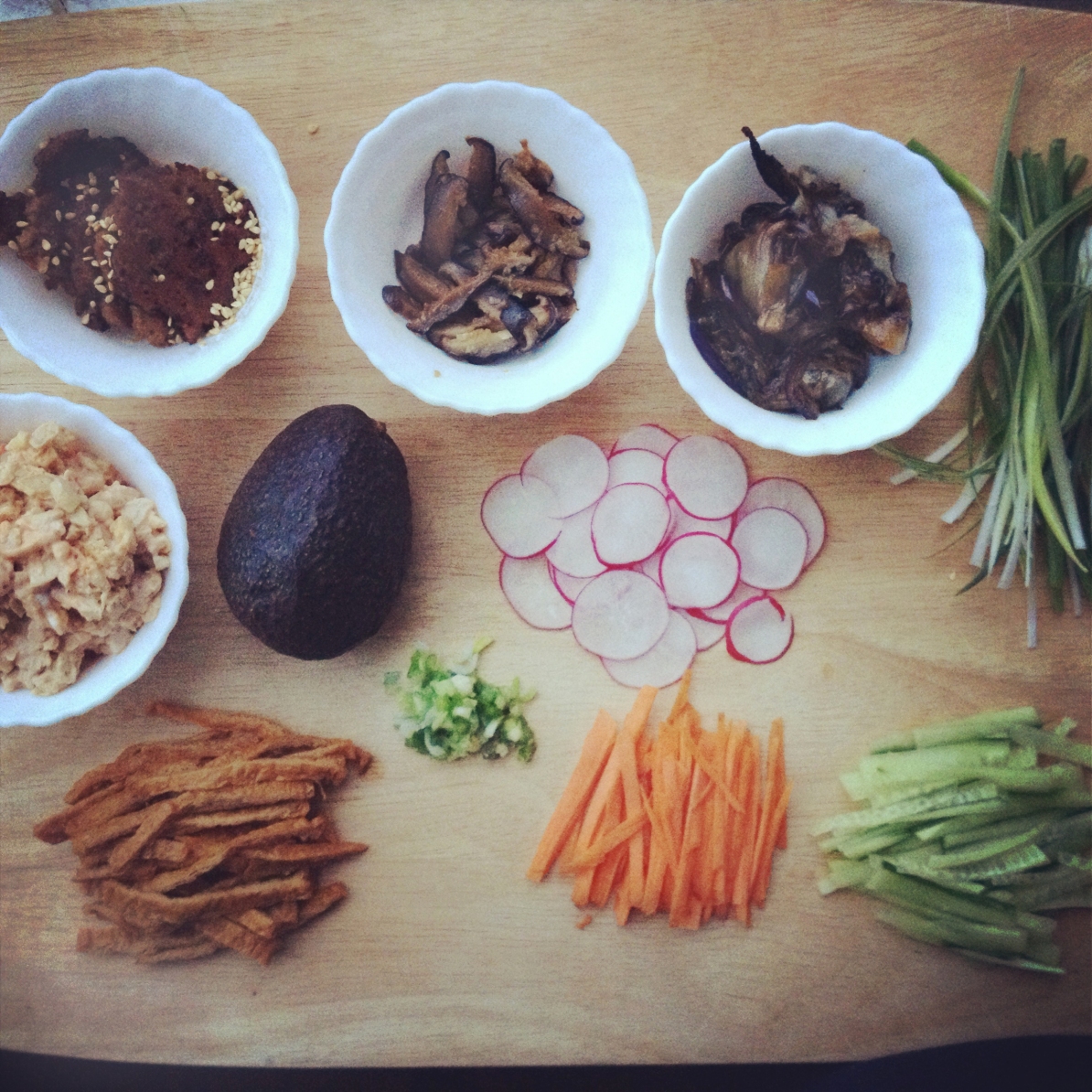 i made the most sushi the other day. i like to just prep a bunch of fillings and figure out combinations as i go. this is mostly a suggestion of fillings for you to try out! I used the spicy tempeh filling from my last sushi as well as the new seitan, eggplant and shitake fillings. any one of these three will make for fancy times in your sushi life. 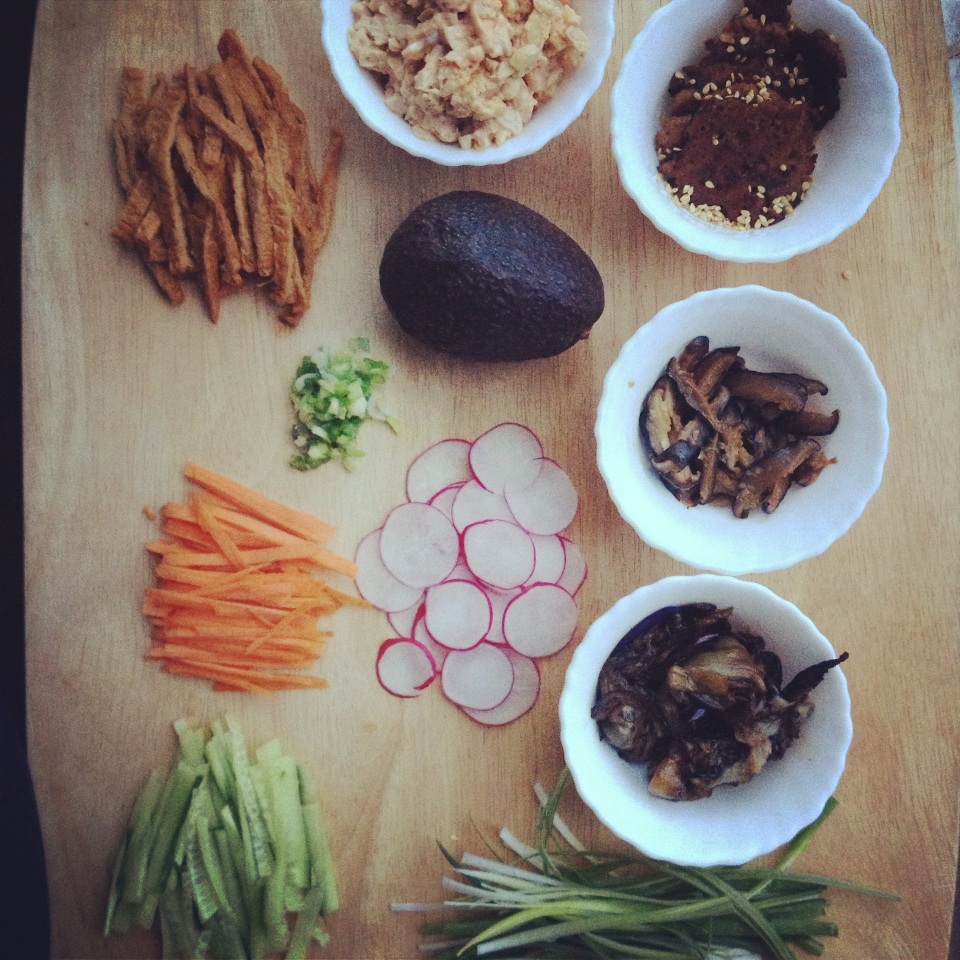 put seitan in a shallow bowl and pour liquid mixture over it. let sit for 10 minutes. heat oil in a pan and add seitan and brown on both sides (add more oil if you need to). once it’s browned, add the remaining liquid and turn heat down. let it cook until the liquid has absorbed, flip the seitan once. sprinkle liberally with sesame seeds, remove from heat and put aside until it’s sushi time.

squeeze the liquid out of the shitakes. strain the soaking liquid and put aside. slice mushrooms and fry in 1 tbsp oil until a little shrinky and browned. add liquid mix and stir to coat. cook for another couple minutes. all done! put aside.

heat oil in a large frying pan. once it’s hot add eggplant and brown on both sides. add the liquid mixture and cook for another few minutes  until the liquid is absorbed. add broth and scrape around to get all the browned bits off the pan. don’t worry if the eggplant comes apart, you want it to break down anyhow. remove from heat! 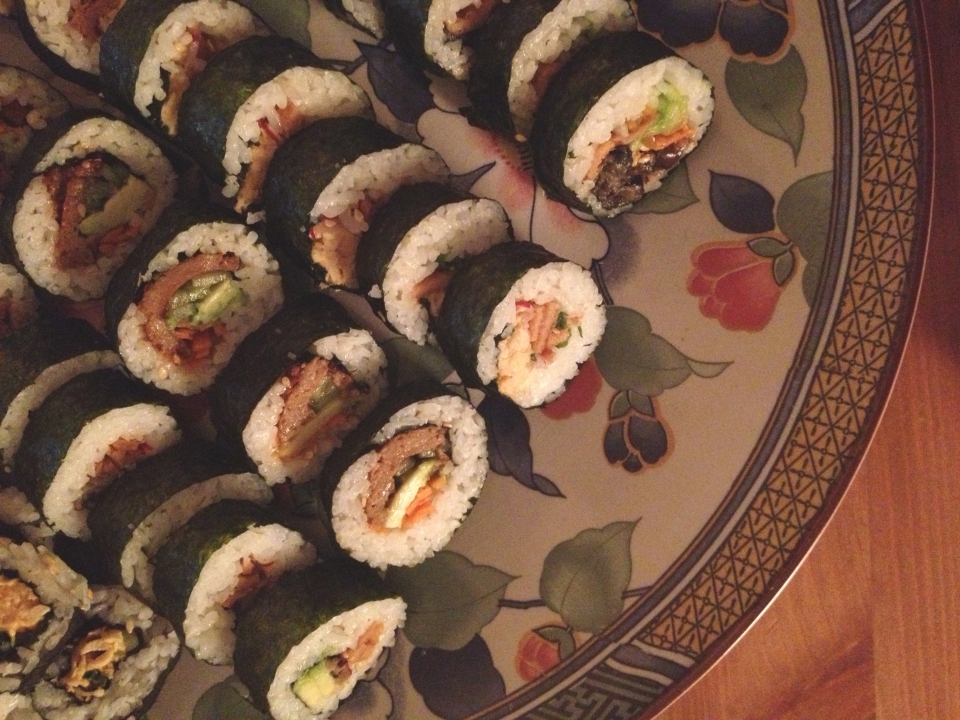 THE RICE (this makes enough for 6 big rolls)

bring the water to a boil in a pot with a tight fitting lid. meanwhile, rinse the rice in several changes of water until it runs clear (really smush it into the bottom of the colander or bowl or whatever you’re using with the palm of your hand). once the water is boiling, add the rice and cook for 5 minutes. reduce to a low simmer and cook for another 15-20 minutes. remove from heat and let sit for 15 minutes. then mix in your vinegar mixture and spread out in a ceramic dish so it cools. let sit covered with a damp cloth until cooled and ready to use. 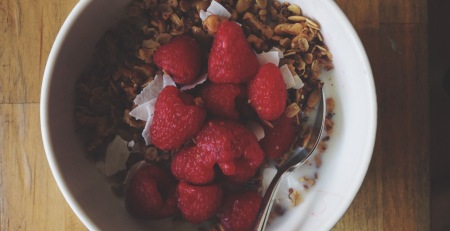 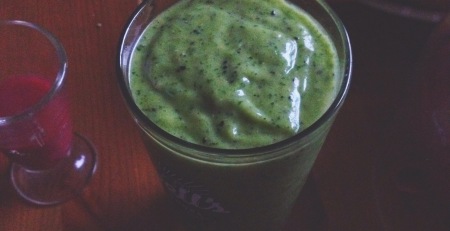